Cycling cities do not occur in nature; they need to be built
1 comment
Share:FacebookTwitterLinkedInEmail 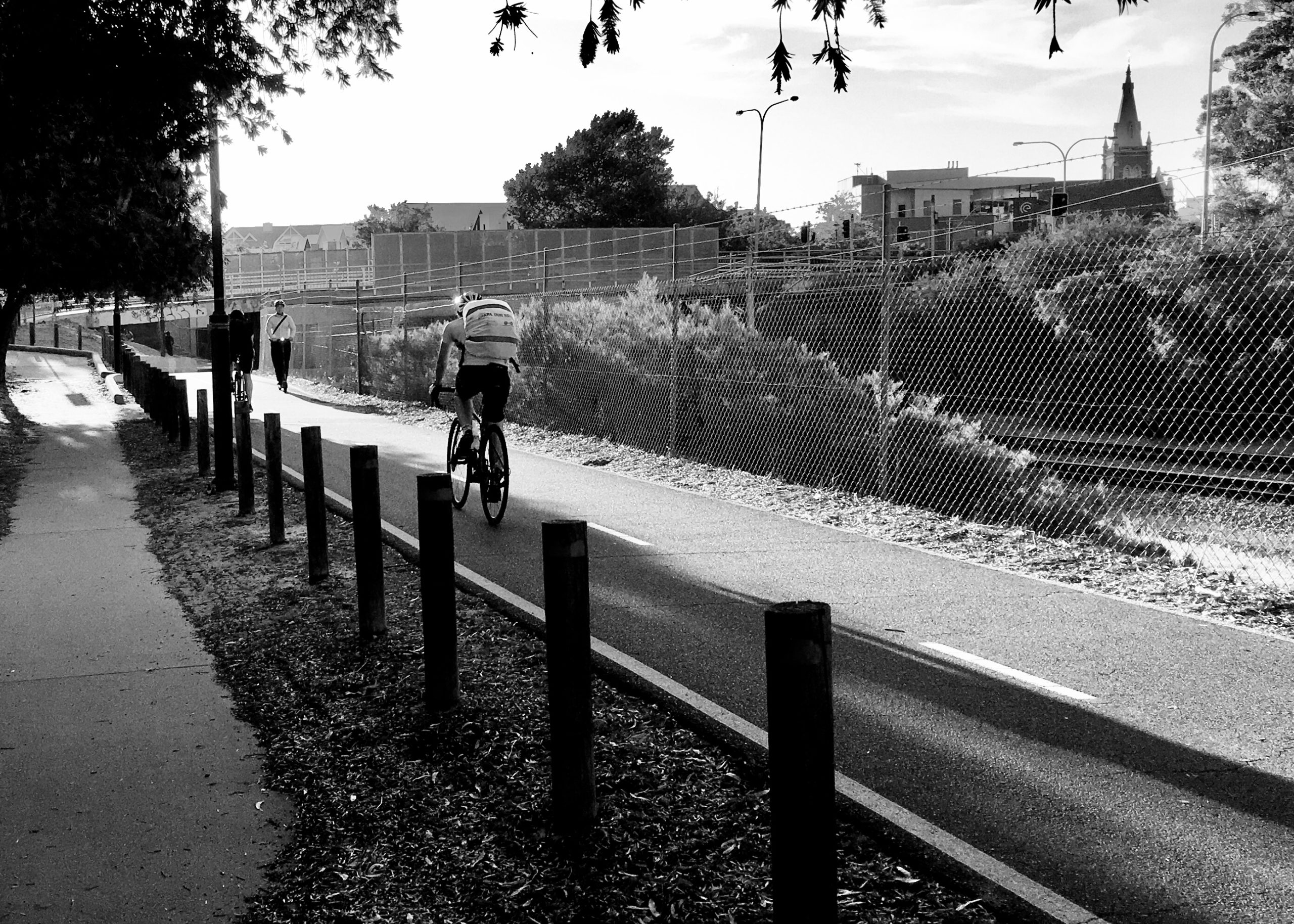 Cycling cities do not occur in nature; they need to be built

The idea of a cycling city seems so far from the mind of a Filipino. We encounter them in our travels, we happily partake in the experience of cycling transport overseas, and then we come back to our beloved Metro Manila where we resume lives under the mindless oppression of car-centrism.

There are also reasons that we have invented to justify our dependence on cars. We say it’s too hot, too humid, too polluted, too dangerous, too much trouble, and too many other unconsidered fallacies that are paralysing despite being unfounded.

Perhaps, the worst idea is that a cycling city is possible in Copenhagen or in Berlin—but it is not possible in Philippine cities. It is as if these foreign cities have just always been cycling-friendly. Like their settlers arrived at the scene on penny-farthings and built their cities to support bikes from day one. Or that motor vehicles never invaded the public spaces of Amsterdam or Tokyo.

But these aren’t true at all.

Cycling cities do not occur in nature. They are painstakingly built by people. They are fought for by populations that can no longer stand the tyranny of cars, by parents who want safer streets for their children, by people who want their city to be liveable, and by humans who imagine better. These efforts are almost never initiated by governments, and are supported not only by cyclists but rather by a larger community of common people with the sense to see that cycling cities are liveable cities.

Because a cycling city benefits us all. And it takes more than just government or cyclists to push for it

In his book, Bike Boom: The Unexpected Resurgence of Cycling, Carlton Reid discusses how the Dutch have been building separated bikeways longer than any other nation. The turn of the 20th Century saw a boom in bike ownership especially following the invention of pneumatic tires, which were actually originally designed for use with cycles. Before this, tires were usually made of solid rubber which by all accounts made for a terrible experience because of how bumpy and jarring rides were. Nicholas Oddy also notes that pneumatic tires made bikes accessible to women because the comfort provided by this new technology made it easier to ride without compromising dress codes!

While bike ownership in Amsterdam continued to rise in the post-war period, the 1960s saw a dramatic rise in car ownership to the detriment of cycling transport. By the 1970s, car traffic had become a problem and motor accidents began to take a toll. In 1971 alone there were 3,300 reported fatalities with 400 of that number being children.

These conditions led to protests by different groups, including what would become remembered as the ‘Stop the Kindermoord’ protests which literally translates to ‘Stop the murder of children.’

Through protracted protest action and activism in the 1970s, groups like Stop the Kindermoord, Fietsersbond, and political movements like the Provos brought cycling transport back to the consciousness of the Netherlands.

Policies such as the 1978 Bottleneck Report and Traffic Circulation Plan not only placed cycling transport back as priority, it actively promoted traffic calming measures as well as pushed for softer methods of disincentivizing cars.

The car ownership boom of the post-war period also became a problem in Japan in the 1970s. The Japanese government did not push for cycling infrastructure like the Netherlands, but instead passed a controversial law in 1970 allowing people on bikes to ride on designated sidewalks along with pedestrians.

While there is a general perception that Japan is bike friendly, it is interesting to note that Japan does not actually have an extensive network of designated, separated, or protected bikeways. Instead, people either ride on the road with motorised traffic or on designated mixed-use sidewalks with pedestrians.

Japan has accelerated its construction of bike support infrastructure since 2007 when it designated 98 districts across the country as “bicycle road model districts” or districts that would receive special attention for the building of bike roads and bike lanes. Support structures for cycling are also well-developed in Japan especially end-of-trip facilities such as bike parking, or bi-modal options such as allowing bikes aboard trains.

For many Japanese, a bicycle is a matter of fact for practical transport. It is cheaper by far, possible over longer distances through bi-modal options, and given consideration by motor vehicles when found on the road.

In the 1970s, the bicycle was experiencing another boom in North America for various reasons. Baby boomers were getting into fitness and counterculture, and the bicycle was the vehicle of choice for both. But many of these new cyclists found themselves sharing the roads with motorised traffic, and traffic accidents became a serious problem.

The example of Montreal in the 1970s is interesting because it sounds very familiar: roads were considered dangerous to cyclists because of car-centric policies, bikes were not allowed on buses or trains, and end-of-trip facilities were scarce.

The founding of Le Monde à bicyclette (MAB) in 1975 allowed cyclists to band together to fight for cycling transport. MAB pushed its agenda through protest action, critical mass events, and interesting methods such as painting guerrilla bike lanes and cyclo-dramas which were skits that represented the issues that bike commuters faced on a daily basis in their city.

While MAB was controversial in its methods, it was successful in bringing the bike to the forefront of public discourse in Canada, and Montreal has since become one of the most cycling-friendly cities in the world.

There are other cities too that are in various stages of becoming cycling cities. Bogota comes to mind with its Ciclovía which has ideas that the Philippines can easily implement such as car-free Sundays. Perth in Western Australia only started its Western Australian Bicycle Network Plan in 2014, but has invested heavily in bikeways and has created extensive networks within a 15km radius of its central business district.

It is not hard to see our own cities in many of these examples: dangerous and choking on our car-dependency, with so many of our people riding bikes while the uninformed and obnoxious go around saying that it’s not possible. In many ways, the actual obstacles to making our cities bike-friendly  are not as problematic as our inability to imagine better.

Cycling cities do not occur in nature; they need to be built.