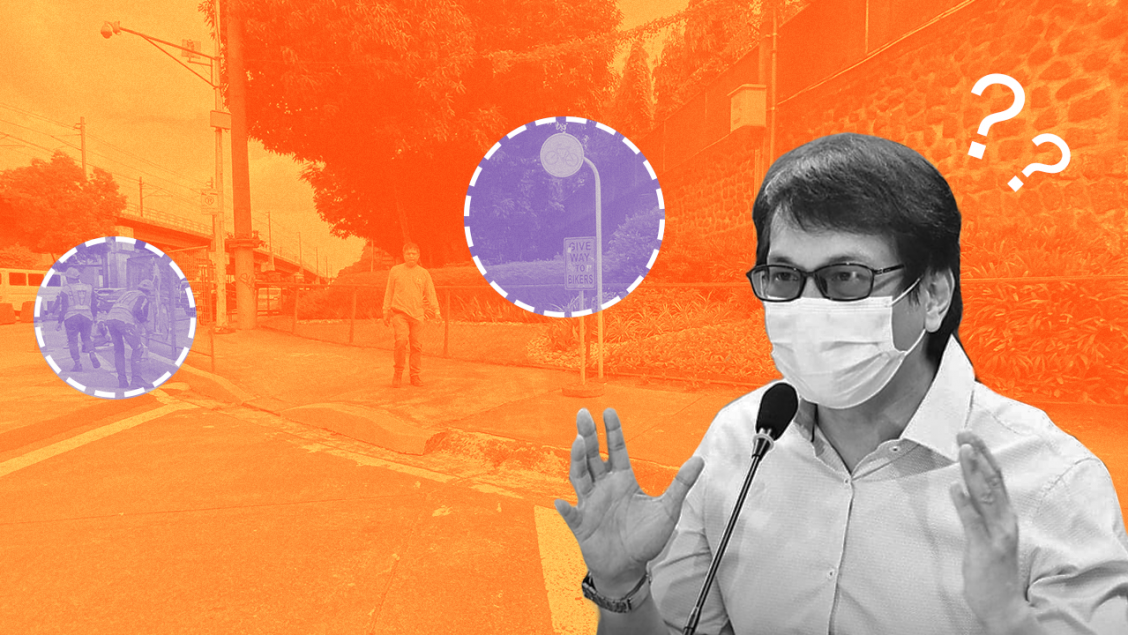 But just yesterday, the Philippine Star reported that MMDA Chair Benjamin Abalos Jr. remains “cool to bike lanes along EDSA” because studies still need to be done. This leads me to some questions that need answering from Mr. Abalos, as well as some answers that he might be missing.

Who is studying bike lanes along EDSA?

The first question is simply: who is doing the studies that he claims are being done by the MMDA? The MMDA is a government agency after all, and has no reason to be opaque about any study being done.

So who are the people doing these studies, Mr. Abalos? What are their qualifications? What are the protocols being used for their studies? May we have access to their methodology and their data? And may we get reports on the proceedings of their meetings and discussions?

I only ask because your recent statements make me wonder how much studying you’ve done yourself. Which brings me to my next point.

The MMDA should be promoting bike transport

My last article dealt with the fact that the MMDA’s mandate is actually to move people, not cars. Republic Act 7924, which provides for the creation of the MMDA, also places the task of promoting health, controlling pollution control, and ensuring public safety under the agency’s functions.

Anyone reading the current literature on transport will make the connection with bike transport. Which makes me wonder how the MMDA’s chair can afford to be “cool” on the subject of promoting bike use when his agency is the logical choice to undertake the task.

But as I’ve mentioned before, the MMDA is not only in a unique position to do much for people who ride bikes in NCR, bike transport is also the obvious answer to many of their mandated tasks. Bikes can solve our congestion issues if we do a proper job of creating well-designed networks for cyclists to use for safe travel. Bikes can promote better health by increasing fitness in the population while decreasing the number of dangerous vehicles on the road. Bikes can also lower our pollution levels, and make our cities more pleasant to live in.

Interestingly, Mr. Abalos is the one to bring up “international safety standards.” And yet his statements consistently reflect an ignorance of bike transport that is inexcusable in a transport official. Here are some answers for Mr. Abalos:

He asked if bike lanes “need to be elevated?” The answer is no. There are situations and places that call for elevated sections in bike networks, but cycling at grade is preferred as much as possible. Elevated sections are more costly, they require a lot of space for ramps to be at manageable grades for cyclists of all abilities, and they propagate the backward idea that bikes should be denied access to roads and direct routes for commuters.

He asked if “they should be on the pedestrian?” The answer is no again. There are good implementations of mixed-use paths that allow pedestrians and cyclists to share spaces, but bikes are still legal vehicles that have a right to the road and as well as the right to safe and convenient movement.

He asked if it would “be too expensive?” The answer is no again. But I’ll stop explaining here because he should already know the answer to these questions as a transport official.

The wrong kind of hand washing

Worst of all, Mr. Abalos somehow finds the ability to claim that the delays to implementing bike lanes are all about safety. This lack of urgency can only make me wonder if the chairman is really concerned about safety, or if his concern has more to do with avoiding liability.

Because people on bikes are getting injured or worse in our current setup. And while there is merit to taking the time to come up with good road safety design, there is also a sense of urgency that cannot be ignored. It also shouldn’t take that long for transport officials to come up with well-designed interventions to our current car-centric road paradigm.

It just takes competence and will. Anything less is not about safety, but about shirking responsibility.