Why you hate bikes on the road and why you need to get over it
Share:FacebookTwitterLinkedInEmail 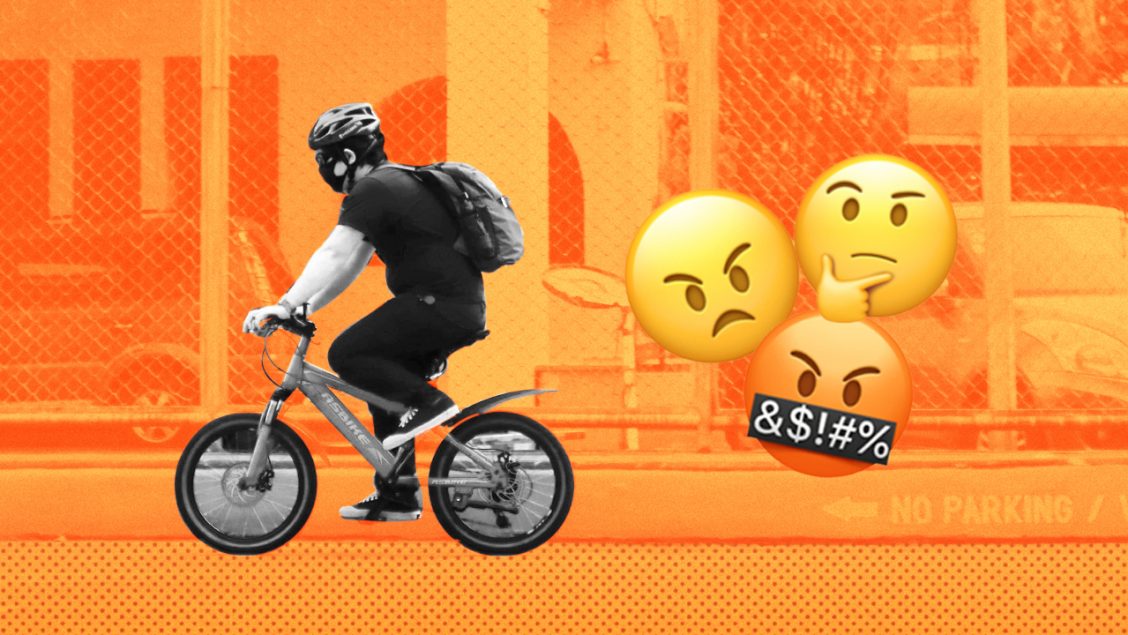 There are many reasons why some motorists have negative sentiments regarding cyclists on the road, and this article will only be covering a few. It’s worth noting that many of those who have negative feelings feel discomfort and disdain more than hate. But we really do have to talk about how easy it is to feel uneasy about cyclists when we’re driving motor vehicles. Because that discomfort is too real, too common, and for too many reasons that seem sensible (but really aren’t).

Some car drivers don’t even need reasons to dislike cyclists. They just do. They don’t like it when bikes go too fast, but then they feel the same annoyance when bikes are “too slow.” They get annoyed when bikes are “not visible enough,” but then get even more annoyed when a cyclist takes the lane or when two people on bikes ride abreast to be more visible.

An interesting reason for this dissonance is presented by Tom Stafford in a 2013 piece for his BBC column Neurohacks. In it, Stafford discusses “the psychology of why cyclists enrage car drivers,” where he argues that drivers are reacting more as a result of perceived slights against established “moral codes of the road” rather than to actual cyclist behavior. This is exacerbated by the perception that cyclists consider themselves exempt from rules that motorists have to follow; and sometimes furthered by fallacies such as how cyclists don’t pay “road taxes” or how bikes don’t belong on the road. Somehow, in the mind of an irate driver, cyclists are getting all the benefits while not following the same rules or paying the same imaginary taxes.

There is a lot to unpack here but it seems worth the trouble considering that so much of this  applies to the local setting. We hear tired refrains on the street and on social media: how cyclists lack “discipline,” how cyclists should “follow the same rules,” and how cyclists “aren’t even paying road taxes.”

But let’s consider the “moral codes of the road” that motorists deem important above all. Let’s ask what we base them on, and whether or not our assumptions about correctness and morality on the road actually make sense.

A lot of the reasons for disliking cyclists are based on uninformed and baseless ideas about “how things should be.” In a recent piece published in the Manila Times, Robert Y. Siy points to one of the foundations of so many misconceptions:

MANY of us grew up with the notion that roads were built for cars. A road being mainly for cars was something everyone accepted, especially transport planners and traffic engineers. Their goal was for cars to be able to move faster in every city.

This idea that motorized traffic should be prioritized above all is a very old one; which is probably why it has become so ingrained in our society. Cars were introduced to the Philippines during the American colonial period, and our society soon became fixated on automobiles much like the rest of the world.

But in the latter half of the 20th Century, traffic injuries and fatalities became a defining line in how countries pursued transport policies. It was soon evident that children were particularly vulnerable to such injuries, and the responses varied across countries. In the Netherlands, the rising number of children being killed by motorized traffic led to citizen action, most notably the stop de kindermoord (stop the murder of children) protest in 1971. This is probably because, for the Dutch, it is unacceptable for children to be killed by cars.

Meanwhile, American governance in the Philippines went another direction: by passing the buck onto vulnerable road users instead of protecting them. Even as early as the 1930s, traffic safety campaigns that were “strongly endorsed by the Department of the Interior, the Bureau of Public Works, the Manila Police Department, and the Philippine Safety Council among others contained problematic messages that passed the burden of safety onto vulnerable road users.

A campaign ad published in the Philippine Magazine in 1931 starts with a plea for motorists to “Consider the children,” but also includes “safety rules for children” such as: “Do not play in the streets, plazas or roads where there is traffic.” In 1937, an excerpt from a local daily reads:

Education of the public in the use of the pedestrian safety zones now being tried out by the police department for the principal streets of Manila, is planned by Colonel Antonio C. Torres, Manila chief of police, as a result of many complaints from motorists that ‘jaywalkers’ are as much responsible for motor accidents as drivers.

No wonder that even as progressive countries were moving away from the insanity of car-centric urban policies, we were allocating more and more of our public spaces to cars, banning children from playing in our streets, blaming kids for when they get hurt, and believing that the fast transit of motorized traffic matters more than lives, livability, and dignity.

Which brings us to the twisted “moral code” that motorists worship today. An illogical, inconsistent, backward, and self-defeating traffic paradigm that punishes us all even as motorists continue to cite versions of it as justifications to dislike cyclists.

But this is also a matter of justice and equity. In 2018, the World Health Organization’s (WHO) report on road safety noted that the burden of traffic injuries is “disproportionately borne by pedestrians, cyclists and motorcyclists, in particular those living in developing countries.” In the Philippines, those who own cars are part of a small minority that has somehow managed to gain control of a majority of our public spaces and resources. Thus, while most Filipinos would benefit from walkable cities, we continue to allocate the lion’s share of our budget to motorized traffic. Meanwhile, public transportation and bike transport both continue to receive disproportionately low shares of government funding despite being accessible to more Filipinos.

So maybe we need to start by questioning the basis of our so-called “road morality,” and ask how these rules apply to those annoying cyclists that we see on the road. We can start with two ideas that beg consideration when we think about motor vehicles and bicycles on the road: vulnerability and desirability.

People on bikes are more vulnerable to traffic injuries than those who are in cars, while also posing considerably less danger to other road users. To add to this, bicycles are efficient, sustainable, accessible, and have compound benefits in terms of public health and safety, the economy and commerce, and sustainability and the environment.

The idea that bikes are better vehicles is neither new nor unproven. Which should make us wonder if, instead of preoccupying our minds with car-based traffic rules, we should be freeing ourselves from the yoke of an oppressive and failed paradigm.

It’s worth noting that road rules aren’t infallible monoliths that represent an unquestionable moral order. When our road rules are shown to be killing children, or passing the burden and the blame onto vulnerable road users; it is imperative that we question them. When our road rules lead us to unjust paradigms, or unsustainable systems; we have to be willing to reassess them from the ground up.

In our case: some of the so-called rules that motorists think cyclists are breaking don’t exist. And when cyclists do break rules it’s not for the fun of it. Because people who ride bikes aren’t really breaking the rules, it’s our rules that are breaking people on bikes by making cycling unsafe and unsustainable.

When cyclists give us discomfort, it’s usually because we have unfounded ideas about how mobility should work. Often, this discomfort is based on impressions and so-called “common sense,” but has no actual basis on data or expert views. So we can choose to keep hating based on out of context and ill-framed ideas about why cyclists are bad. Or we can choose to move forward and start making things better for everyone.

Learn more about how we can work together to make things better for everyone:

New normal: Why we must take our roads back
Cycling cities do not occur in nature; they need to be built
What makes for bad bike policies
Move forward, keep the lanes
Position Paper on Cycling as a Resilient and Sustainable Mode of Transport
Joint Statement Calling on All Local Government Units to Set and Enforce 30 kph Speed Limits
5 Reasons Why Cyclists Leave the Bike Lane and Why It’s Okay
Why we shouldn’t hate on cyclists wearing earphones