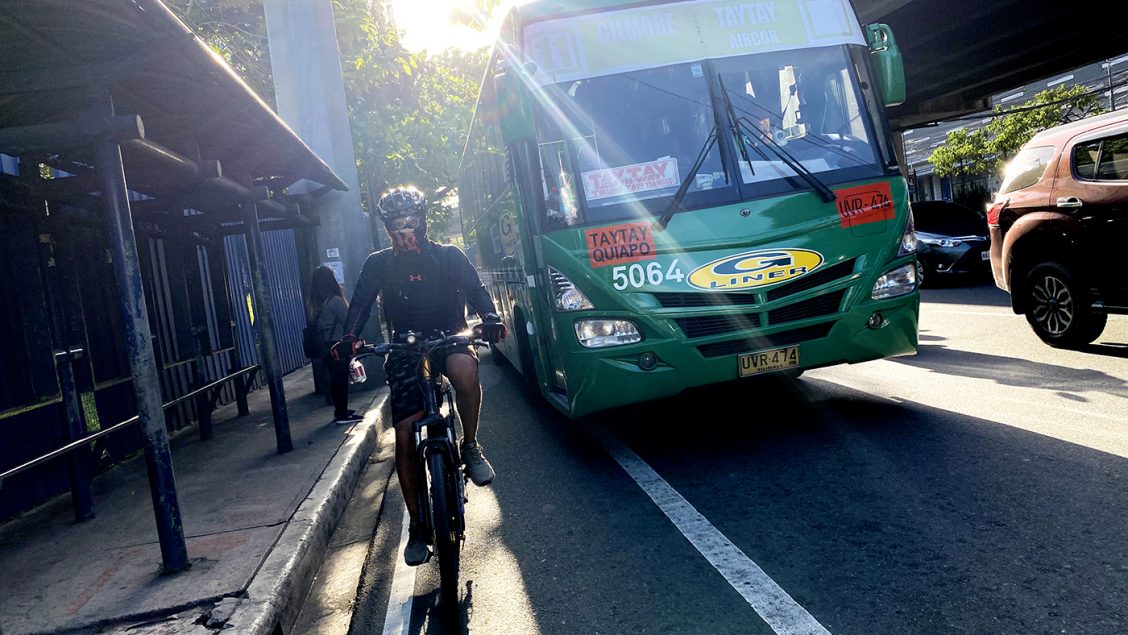 After months of demanding the government to protect vulnerable road users, we are finally seeing more cycle lanes across the country. Cycling is starting to become recognized as a primary mode of transportation thanks in large part to the thousands of Filipinos who now ride their bicycles for various purposes. While a lot of improvements must still be made to better protect people riding bikes on the road, the current progress is a welcome development that should only be sustained.

Of course with visibility comes scrutiny. Now that more cyclists are on the road and cycling infrastructure is being put in place, some people are questioning the validity of keeping them. There is a misconception that because: “Public transportation is back, people are now losing interest in riding bicycles.”

Anyone who actually rides a bicycle in Metro Manila can tell that this misconception can’t be farther from the truth.

First off, a recent survey conducted by the Social Weather Station showed that an overwhelming majority—87% of Filipino adults—agree that roads “will be better off if public transportation, bicycles, and pedestrians are given priority over private vehicles.”

Businesses have also recognized the potential of cycling as a catalyst for economic recovery. No less than the biggest malls in the metro are investing in cyclist friendly amenities in order to accommodate more customers. Not only are the amenities being built, they are also being used frequently as evidenced by photos of fully occupied bike parking lots circulating on social media. Bike shops in particular are still scrambling to replenish their stocks as customers continue to purchase cycling products during an unprecedented surge in global demand for bicycles and bike components.

Recently, bicycle tourism became so unintentionally successful at Kaybiang Tunnel in Ternate, Cavite that Gov. Jonvic Remulla had to declare the area as a “No Tourism Zone” while they try to gather ample resources in order to accommodate people safely during the pandemic. These are just a few examples of proof that the cycling boom has only just begun and more people are bound to cycle to work, for leisure, for exercise, or for business.

Strava Metro data (based on activity uploaded to Strava) for January to February 2021 shows that in Quezon City alone, the number of cyclists has grown by 428% compared to the same period last year. 23.6% of trips taken in the same period account for trips tagged as commute rides as well as those that were detected based on having features similar to commute activities. The data from Strava Metro gives us a better understanding of baseline ridership and could only mean that there are more people riding and more trips being taken by people who don’t use the Strava app.

Studies across the globe have already established the fact that ridership increases as more cycling infrastructure is built. If we are really concerned about people losing interest in cycling, the most logical move would not be to get rid of cycle lanes but to consult with local communities and improve their cycling infrastructure in order to address pain points that could discourage continued ridership. Removing cycle lanes after seeing a huge jump in ridership would be utterly irresponsible and could only result in more injuries and deaths.

At the moment, as we struggle to defeat COVID-19, public transportation capacity continues to be limited due to social distancing and government restrictions on public utility vehicles. Pedestrian and cyclist infrastructure are components that complement our public transport system. Therefore, we must retain and improve them in order to allow people to have safer and more convenient access to train stations, bus terminals, and other transport nodes.

Cycling is a safe and resilient option that must be made available to more people during and after this pandemic. There is still much to be done and we should consider giving more of our roads back to the people as an investment towards our future.