Position Paper on Cycling as a Resilient and Sustainable Mode of Transport
Share:FacebookTwitterLinkedInEmail 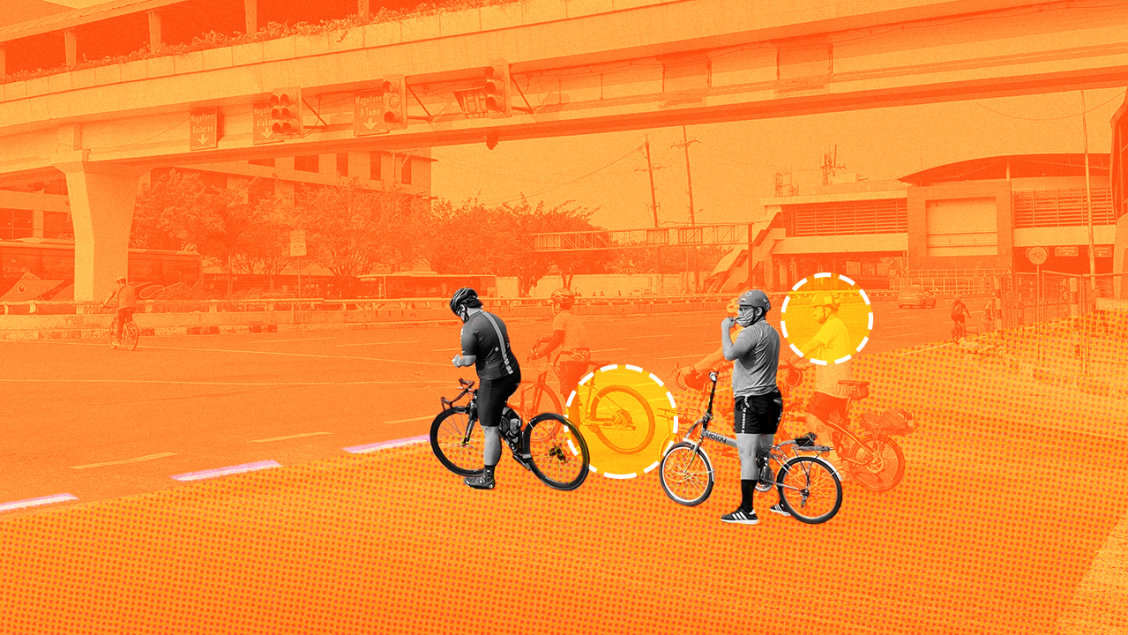 The COVID-19 pandemic has heightened the urgency of our country’s long-standing need for a resilient and sustainable mode of transport. The bicycle has been thrust into the limelight as it allows our frontline workers to get to work and serve the people. We are at a crossroads, and we stand to gain a future where mobility can be more accessible to a greater number of people.

We thank the members of the Senate for taking us a step closer to a new and better normal. Senate Bill No. 285 addresses the need for an explicit statement in support of cycling—something that many advocates have petitioned for decades; Senate Bill No. 1518 highlights the urgency of setting up pop- up bicycle lanes and reallocating road space; and Senate Bill Nos. 66, 319, 332, and 948 recognize the role of the bicycle in reducing air pollution and mitigating its impact on health conditions, not least the current pandemic that we are facing.

The case for promoting cycling and walking as modes of transport is well-established. The World Health Organization’s Charter on Transport, Environment and Health cites clear evidence showing benefits to the environment, physical health and psychosocial wellbeing, and road safety.1

There is huge potential for bike transport in the Philippines. For example, the National Capital Region’s size is actually very suitable for bike commuting, even when considering people who commute from outlying areas such as Rizal, Bulacan, Laguna, and Cavite. The topography of the area is also relatively flat even when considering transitions from lower areas such as Marikina. Our climate is actually predictable: temperatures do not go into extremes as in other parts of the world with hotter summer seasons and cold winter seasons, and the rainy season is not an insurmountable barrier to cycling.

What actually makes bike transport difficult are man-made factors. There is a lot to be said about how we perceive bicycles as a mode of transport, and the government is complicit in perpetuating this problem. While there have certainly been attempts to include cycling in our transport agenda; the mindset, attitude, language, knowledge, and treatment of bike projects has resulted in the problematic implementation of bike-related projects.

For the most part, the investments that have been made in bicycle infrastructure have so far failed to make bicycling a friendly experience that could help Filipinos consider it as a viable mode of transport. Accommodating a person’s needs throughout their journey on a bicycle is critical to the success of any bike-related project.

The needs of people on bikes do not end with their journey on a bicycle. End-of-trip facilities are also important. One such facility would be bicycle parking. Establishment and implementation of secure bicycle parking, while present in some, is not uniform across all cities in Metro Manila. In Quezon City, for instance, while there is an ordinance (Ordinance No. SP – 2369, S – 20142) stipulating bicycle parking for all establishments, it is not strictly enforced—even in government offices. End-of-trip facilities such as shower rooms in offices are worth considering and implementing as well. This addresses the concern about hygiene during longer bike commutes.

Recognizing all of these considerations, our main recommendations are:

First, that cycling transport be designated as a primary mode of transport and prioritized over motor vehicles in our road design. Thinking of bikes as an alternative mode of transport leaves too much ambiguity and ambivalence about their role in our society. While there will be appropriate occasions for other modes of transport such as private vehicles and public transport, cycling should be accessible and safe for those who choose to ride bikes.

Second, that the minimum requirements to make bikeways viable for transport be set by government:

Coherent: travelling by bike should be a viable option for getting around. This means creating a network of dedicated bike lanes for safe and fast travel, while asserting the right of cyclists to the safe use of the road where separated bike lanes are not possible. A working bike system should also include end-of-trip facilities that make cycling possible for a full spectrum of purposes.

Direct: bikeways should be as direct as possible because routing cyclists around long circuitous paths makes cycling less viable for many. Detours that are negligible for motorized vehicles affect non-motorized travel more.

Third, that evidence-based studies on local bicycle transport be conducted to produce data that can guide goal-setting.

Fourth, that end-of-trip facilities be made part of the bike infrastructure agenda. These include safe bike parking, shower facilities, and hydration areas for cyclists.

Fifth, that bi-modal modes of bike commuting be promoted in the form of cargo bays and racks in trains and buses for bikes.

We believe that any piece of legislation in support of the bicycle as a mode of transport should specify these recommendations as the minimum requirements in order for cycling to become a viable and effective mode of transport in the Philippines.