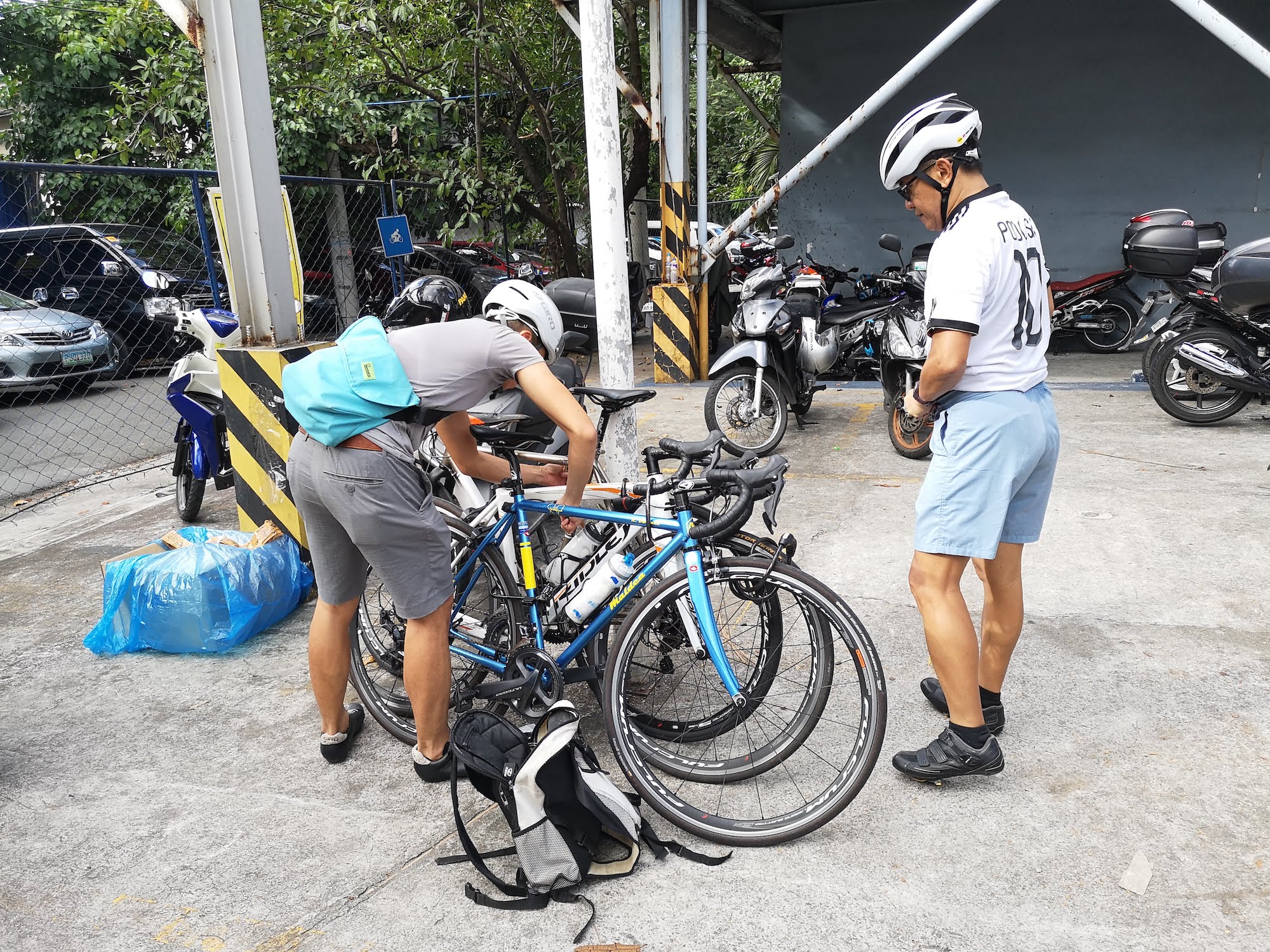 When we talk about making bike commuting more accessible and feasible to Filipinos we usually fixate on building bike lanes. But truly integrated, useful, protected, and safe bikeways are still quite a long way off given the pace at which we are currently accommodating bicycles.

Instead, we thought of simple, discrete, but very doable improvements that would improve the lives of current bike commuters, and maybe even entice others to join our bike revolution.   Here are three such improvements:

A very real obstacle for people deciding on whether or not bike commuting might be feasible to them is the distance that they have to travel between home and work. It is not uncommon to hear people say that they would love to bike commute if only the distances weren’t as big.   Bi-modal bike commuting can be a very real solution to this problem and some are already doing it. Folding bikes are welcome on our train systems, and even regular bikes are allowed onboard some P2P buses.

But accessibility to these systems is largely limited and it would make a huge difference if more buses, or even jeeps had built-in racks to accommodate bikes. As an example, the Chicago Transit Authority (CTA) proudly advertises that all of its buses (over 2,000 units) have bike racks located on the front of the bus. Taking your bike on a CTA incurs no extra cost too.

In Japan, you can take a bicycle aboard any train (including their bullet trains) at no extra cost for as long as you take the front wheel off and put the bike in a proper bag.

A favorite Filipino cycling expression is: ‘walang pangit na bike.’ But in its most cynical interpretation it also means that no bike is safe from being stolen. Sadly, many of our commercial establishments remain aloof if not overtly against bicycles.

And the ones that do welcome bikes usually do so without proper facilities for safe parking; or when they do have parking, the racks are obviously designed by people who have no bike knowledge.

And none of these are not very hard features to include, nor do they add to the cost of production.  Bike parking should also be in well-lit, protected areas instead of dark and remote corners that encourage theft.

Bike lockers, which allow an entire bike to fit inside and only requires a proper padlock to secure are also a great option as they prevent bikes from being damaged, and it allows cyclists to do away with heavier U-locks or chains.

Finally, there is the issue of bike commuting being too stinky for the workplace which is arguably silly because going through Manila traffic by public transport is enough to make anyone marginally sweaty and dusty.

A practical solution is to shower at work and more workplaces should consider providing such facilities to employees who bike to work.   Showering at work will mean less travel time, less traffic, and bike commuters will be fresher than anyone who showered at home.

While we all dream of integrated, continuous, and protected bikeways; there are plenty of improvements that are readily implementable and would vastly improve the lives of those who are already bike commuting, and might even encourage more of those who have practical concerns regarding distance, safety, and smell.

Did we miss anything? What are simple improvements to our city that you think could make bike commuting easier? What practical changes can we implement to convince you to ride your bike more?

Is it really about the bike?

Being a bicycle and clean air advocate, I’ve always espoused that biking, whether as a hobby, a sport or as a practical means of commuting need not be fancy or expensive. Heavy Metal Red I’ve been using my 2nd hand “Specialized” generic bike, “Red”...

My heart sank after reading Mayor Isko Moreno’s opinion piece on bike lanes in the Manila Bulletin and for quite a few reasons. It’s one thing for a city mayor to be half-hearted about setting up bike lanes in his city, but quite another for him to...